Both this essay and the previous essay on Foxconn are published in the February, 2018 issue of the electronic journal, Insurgent Notes.  www.insurgentnotes.com Readers are encouraged to check out other articles of interest in this journal.

Foxconn: The Myth and Reality of the Welfare Queen

In 1974 a woman going by the name of “Linda Taylor” was arrested in Chicago and charged with 31 counts of fraud, perjury and bigamy. It turned out she had used over 80 aliases and had represented herself as being white, black, Asian, Native American, Hispanic and Jewish. She also claimed to be various ages from the 20s to the 50s. And she picked up more than one husband along the way. Ultimately she did five years in prison for welfare fraud and perjury. A reporter for a black oriented magazine, Jet, termed her the “welfare queen.” Ronald Reagan picked up on this in his 1976 Presidential campaign making the term “welfare queen” into an ugly, racist stereotype for single black women on public assistance. While Reagan railed against public welfare and all the “welfare queens,” it was ultimately Bill Clinton who killed the welfare system, keeping the welfare queen stereotype delicately in the background but present nonetheless.

Social scientists who have studied the welfare system before and after the Clinton era welfare “reforms” have exposed the notion that women on public assistance were “welfare queens” as a myth. But if a “welfare queen” is defined in terms of Linda Taylor’s exploits, and if fraud and perjury in these terms means taking government money under false pretenses and lying about it, and if bigamy means more than one spouse, and if corporations are persons (as they most certainly are in this country) and countries serve as their spouses, then Foxconn is the greatest welfare queen of all time. In fact the exploits of Foxconn aka Hon Hai Precision Product go way beyond what Linda Taylor could have even dreamed about.

In my August, 2017 article “The Foxconn Con,” www.insurgentnotes.com I focused on the plan for the State of Wisconsin to subsidize Foxconn to build a major industrial “campus” to assemble and manufacture flat screen television sets on a massive site in Southeastern Wisconsin. I noted in this article that Foxconn’s practice of gathering subsidies, their human and labor rights abuses, and the ease with which they can build and then close massive industrial facilities is global. But I did not know the extent to which this is the case.

The monitoring of both corporate practices and worker resistance reveals extremely abusive labor practices http://evertiq.com/news/20414 and a penchant to take government money  and use it to build and then close plants around the world. In India, for example, Foxconn was involved with a massive operation in the Southeastern state of Tamil Nadu between 2006 and 2014. They closed the facility due to shifts in the market for the products they were making. That resulted in the loss of jobs for 25,000 workers. Then in 2015 they announced that they had plans to open another 12 plants in other Indian locations. All of these are being subsidized by state and local governments. As one writer told me, “It is this competition between states (in India) that is exploited by Foxconn and like companies to get the best deal.” But once the subsidies are collected they always seem ready to move on.

Foxconn’s many cons around the world are summed up in a publication coming out of the State of Tamil Nadu: “Foxconn: Conning and Rising TNLabour India, November 8, 2017.

These activities have enabled Foxconn to grow from a minor contractor with major electronics corporations to the largest manufacturer of electronic goods in the world. A ranking of the largest economies in the world measured by total revenues finds that Foxconn (going by the name of Hon Hai Precision Industries) ranks 51st in the world with revenues of US$ 141 billion. That is just a tad smaller than Argentina (US$ 143 billion) and a tad larger than General Electric (US$  140 billion). To compare them with a few other familiar names: Verizon ranks 56th with $132; Finland is 57th  with $131; Costco 66th at $116 and the United Arab Emirates is only in 70th place with $110.

As my article last August indicated, Foxconn is using a similar approach to launch a major presence in the U.S. They had neighboring states of Wisconsin and Illinois in a hot bidding war that was won by Wisconsin. Since my August essay, there have been some new developments with the Wisconsin project.

The total value of the subsidies being given by the Wisconsin taxpayers to Foxconn is much larger than originally reported. I stated that it was $3 billion. But a recent analysis puts the figure at $4.5 billion.  This breaks down as follows: state tax credits $2.85 billion; local government incentives $764 million; improvements to U.S. Interstate 94 $408 million; utility subsidies $140 million; state sales tax exemption $139 million; local road improvements and construction $134 million; worker training costs $20 million; local government grants $15 million.

Another important amenity given by the Wisconsin State Government to Foxconn involves water.  Part of the appeal of the Wisconsin site is the availability of water that can be used in the manufacturing process. It seems that the Foxconn facility and related businesses will need about 12.2 million gallons a day. The source is Lake Michigan. The removal of water from any of the Great Lakes in the U.S. is regulated by a legally binding agreement known as the Great Lakes Compact that includes eight U.S. states and two Canadian provinces. Communities or corporations outside a geographically defined area called the Great Lakes Basin cannot take water from the Great Lakes without a special permit. About half of the Foxconn site is in the basin and half is outside. So it is possible to get around the Compact regulation through a special permit from the State of Wisconsin’s Department of Natural Resources and it appears that the permit will be forthcoming. The infrastructure for the water diversion with the needed 12.2 million gallons per day capacity is already under construction.

Of course Foxconn isn’t the only modern day welfare queen; just the most successful to date. For example, a new bidding war to see which government can give the most of their taxpayer dollars away has been opened by Amazon.  Amazon has announced that 20 different U.S. bidders have made the finals. What the state and local governments are offering in the latest give away is presently a secret.  Apple and Microsoft are also following Foxconn’s lead by promoting bidding wars of their own.

It is fair to say that fraud, perjury and bigamy is the current strategy of corporations the world over. The tax money being extorted through this global shell game comes out of workers’ paychecks. So corporations like Foxconn are facilitating the expropriation of hard earned wages. The proceeds of this fraud enable these corporations to open and close plants at their pleasure. In the process they not only steal from working people, but dump them when they have used them up as so much trash leaving lives and the environment in a shambles.

The resistance to this fraud, however, is also worldwide. From China to India to Mexico to Wisconsin, USA, workers and environmentalists are organizing to put an end to the abuses that go with this system. The struggle in Wisconsin is just beginning. To get a sense of the direction of Wisconsin resistance, readers may want to check out the Facebook page, “Wisconsinites Against the Fox Con” or the web page: https://thepoliticalenvironment.blogspot.com/2017/07/a-foxconn-fever-primer.html 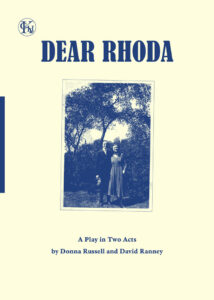